(Before reading this, be sure you’ve read the original Senseless Waste of Bandwidth.)

Some of the literal-minded among us didn’t seem to quite get this, and since things have been slow today (at least in comp.dsp), I thought I might add a few little annotations. Those of you who have something better to do can go do it now.

First, a note on the form. This is written in my own “rant form”, as a single sentence. Strictly speaking, it really is a _series_ of long sentences, disguised as a single sentence by the absence of periods. This single long sentences, and the relative lack of punctuation and whitespace are simply part of the “form”. Form, in art, is neither good nor bad; it’s just form. What counts is what you do with it. Still, certain forms stand the test of time, for example the “sonata” and the “haiku” have been around for a long time. It remains to be seen if this rant form will stand. But for me, it works.

Now, into the criticism. Consider the title, “senseless waste of bandwidth”. Is the author for or against wasting bandwidth? I guess we’ll have to read it to see…

in case you didn’t pick up on “heck”, “friggin” is a red flag. what difference does it make if we use “curse words” or their “substitutes”? Not much really; still, “heck” and “darn” are somehow “charming” rather than vulgar. (Friggin, though, is somewhat vulgar…)

For those of you who can’t read, this says that Usenet is read worldwide by people of All Nations and All Cultures. This means you.

this is an example of leadership by example.

Am I part of the solution or part of the problem? Heck, it doesn’t matter: “who can stop us”?

I probably wasn’t the first person to ever think this thought. But it’s a worthwhile point.

and the gal there that gave the tour said something that made a lot of sense to me so I’d like to share it with you here namely that we should all “reduce, reuse, and recycle”

Seriously: I think this is a good concept.

which one can hardly disagree with take reducing for example, which of us can’t get along with a little less and

Ironic point: there really are sound economic reasons to throw things away sometimes. Take, for example, disposable diapers. If you try to reuse them, it simply doesn’t work. Please throw them away.

one OK so that was a bad example

Irony: so why did you bring it up, idiot?

True–which makes me feel better about feeling like a dork.

Satire here: Why was America _ever_ the Land of Waste?

and that was What Made America Great

rant idom: “That was What Made America Great”

Scary, because Buicks had big chrome teeth. Add the tailfins, and they look like land sharks.

though easily understood using the “law of supply”: we all learned about that in Econonsense 101.

but are they really smart? we’ll see…

Irony: you only had to stand in line at the Toyota dealer once.

this is a callback to the concept of “scary”

though they had given up on tailfins a long time ago

let’s not waste bandwidth on that one.

For those of you who comprise “All Peoples and Cultures”, “Detroit” is synonomous with “American car manufacturers”

eventually figured out over a long period of time

why did it take so darn long?

how to make relatively

high-quality, fuel-efficient cars that people liked almost as well as Toyotas which seem to have something of a fanatical following

I’ve never owned one, so I guess I just don’t understand…

if I may editorialize just a bit and

We in America can make a car that’s just as darn good as a darn Japanese car (IMHO). Na-na-nana-na.

but you can’t take Japan out of Asia

Why use a capital “G”? This conservation thing has become something of a religion for some people…

though people few articulate this as well as Ben and Jerry inasmuch as they encouraged us to “reduce, reuse, and recycle”

“sell”? Maybe these guys aren’t environmentalists so much as just good businessmen…

Well, what else _did_ you expect the hog to do? A hog would have to be pretty darn dumb not to like ice cream…

This “reduce, reuse, recycle” thing might have bad implications for sales, if yuppie ice cream customers with too much disposable income begin to really practice it. Beware Ben, beware Jerry!

and even though I complain about Ben and Jerry’s itself I still like the concept of “reduce, reuse, and recycle”

but it is a big step forward for us Americans

if you’ll paron me saying so

irony: once again–you can’t stop me.

that reason being that now that we have cheap oil

waitaminute! Sure, OPEC made some good dough for awhile, but then they taught us all to drive cars that get good gas mileage, and to find lots of new sources of oil. Then they started fighting amongst themselves. I’m not sure those OPEC guys are so darn smart after all…

I was rather proud of this one. It has a nice sort of “Lewis Carroll” flavor to it.

Ben and Jerry are basically hypocrites.

so in that context maybe Landfill’s really are Our Nation’s Most Precious National Resource so that just puts us back to the idea that we should “reduce, reuse, and recycle”

because if we don’t throw so much stuff away we can conserve Our Nation’s Most Precious National Resource although I gotta tell you that if landfills had only the stuff in them that we recycle like newspapers, pop cans, and plastic milk bottles nobody would really mind living next to one

an honest point here: the things we recycle wouldn’t be bad things to put in landfills: we’d just have to dig a little bigger hole.

sell it, brother, sell it!

(ok, this one was a little weak)

Finally! But there’s still another mile to walk…

unlike most other stuff we waste

though to be fair

I just stumbled onto this one as I wrote it. Beautiful!

that archeologists a thousand years from now will dig up and ask themselves, “what did these people have to talk about that was so important” and they’ll scratch their heads and keep on digging

Satire: ALL of Usenet is a waste of bandwidth, silly!

involved a great talent for waste

what “talent” is needed?

which again brings me back to the main point

hey! I thought we were already there!

redundancy for the sake of parallel structure: what other kind of telecommunications is there besides “instant”?

rant idiom: “when you get right down to it”

serious point: when you get right down to it, it really doesn’t hurt anybody

because much as John F. Kennedy went to Berlin and declared “Ich bin ein Berliner”

I honestly didn’t know about the donut thing [that Kennedy had declared himself to be a donut]. Still, if I may backpeddle a bit (and remember, you can’t stop me), I think it only adds to the value of the piece. And it makes me glad that the Soviets didn’t build a wall in Hamburg. Or Frankfurt.

I invite you to declare “Ich bin ein American” and to

Deliberately silly use of German here: it would have been more sensible to say “I am an American”.

I’m well aware that there are many non-Americans out there. In fact, scientific studies have proven that the vast majority of people outside America aren’t Americans. Note that playing a bit of the “Ugly American” is part of the ironic undertone of the piece. It’s intentional. But I totally respect you for whoever you are. Even if you people wear funny hats.

senselessly waste bandwidth wherever you find it.

for those of you who don’t know a rant when you see one. 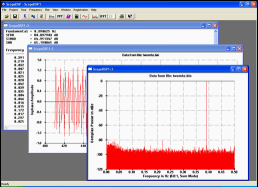